Titanium Micro has a reputation for portable hard drives that are rugged enough to survive conditions that would make John Wick hesitate. We covered their Titanium One portable SSD last year and were impressed with, well, everything about it, so when we saw their new Titanium Micro Mercury 2 TB external SSD we knew we needed to get our hands on it to test it for ourselves.

Portable memory has historically suffered from a pretty massive speed penalty that, regardless of how convenient it was to be able to stuff a few hundred gigabytes in your pocket, really cut down on its convenience. Sure, you could hold a full 4k transfer of a film, your Steam library, and a thousand songs on something the size of your thumb (whoa, I get it now), but transferring it to or from the drive could take hours.

With the rise of USB-C and the USB 3.0 standards within the past few years, speed has become far less of an impediment, and the Titanium Micro Mercury boasts the latest USB-C Gen 3.1 hardware for speeds of up to 1000 mb/s. That means you can actually use this as a portable game library without worrying that USB speeds will be a bottleneck, which might make a gaming laptop look that much more appealing.

This article was produced in cooperation with Titanium Micro. 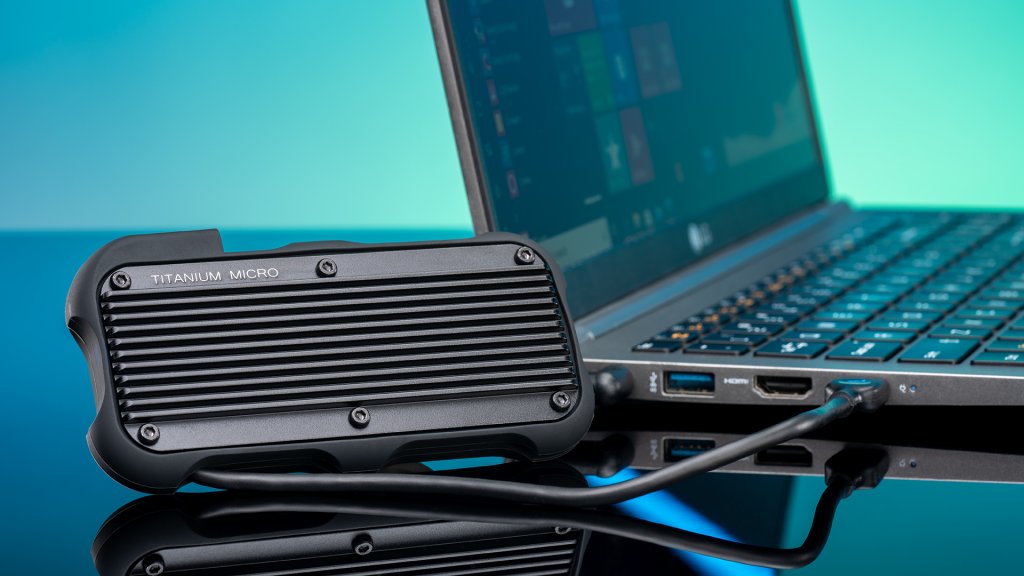 Portable and fast sure are nice, but they don’t mean a whole lot if the drive only works with one operating system or a single type of device. As a Mac user at home who also has Windows and Linux machines, the fact that the Titanium Micro Mercury can be used with any of three goes a long way toward winning me over (though for your iPhone, you’ll need a Lightning to USB 3 camera adapter). It even includes a USB Type-C to Type-A adapter, for further flexibility and utility.

The drive can also be used with modern game consoles and anything that supports USB OTG, or USB “On-The-Go.” This feature allows you to connect your device directly to your compatible smartphone or tablet, which includes just about any newer Android phone produced within the last three years. That connectivity is super useful if you film videos with your phone, since you’re able to offload those large files to the Titanium Micro Mercury before your phone runs out of space.

“Rugged” can mean a lot of things when talking about technology. It could mean that, like my old Motorola Razr, only one of the screens would break when dropped, but not both of them. Or, in the case of the Titanium Micro Mercury, it could mean a portable SSD that could survive a camping trip in the Thunderdome.

You won’t have to worry about dropping the drive on the hard ground and shattering it thanks to it meeting MIL-STD-810 shock-resistance standards, which just in case you aren’t familiar with them, are something the military uses. You know, the guys from the Call of Duty games? A liquid silicone case and polymer impact-resistant frame work together to cradle the precious 3D NAND memory modules inside, protecting them from any normal drop your daily routine might be able to muster.

Built into that silicone case is a USBC cable, which keeps the unit as a self-contained package that shakes off water and dust incursion like they’re nothing. IP66 rated, you have complete dust protection with an air-tight case that is tested for hours in a vacuum, and unless you’re planning on doing a moon-walk any time soon, is more than you’ll experience commuting around the city.

The “6” in the IPx6 rating means that it can survive being exposed to “powerful water jets” with no ill effects. So being caught in a rainstorm with your drive in your pocket isn’t the end of the world, just a bit of an annoyance. With all of that combined, it’s kind of mindblowing to think that you can carry up to 2 TB of data with you every day, and if you happen to find yourself accidentally entered into one of those rucking endurance challenges, your SSD will come out of it in better shape than you probably would. 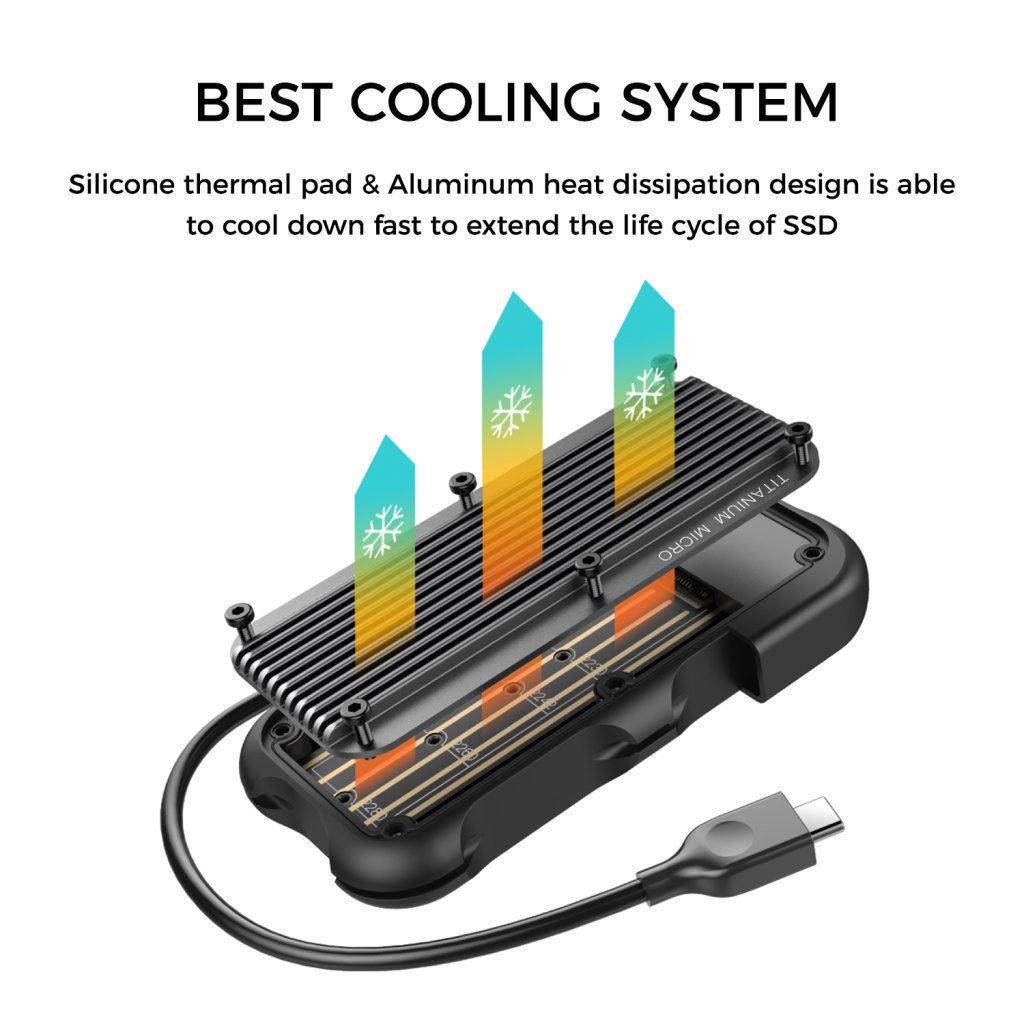 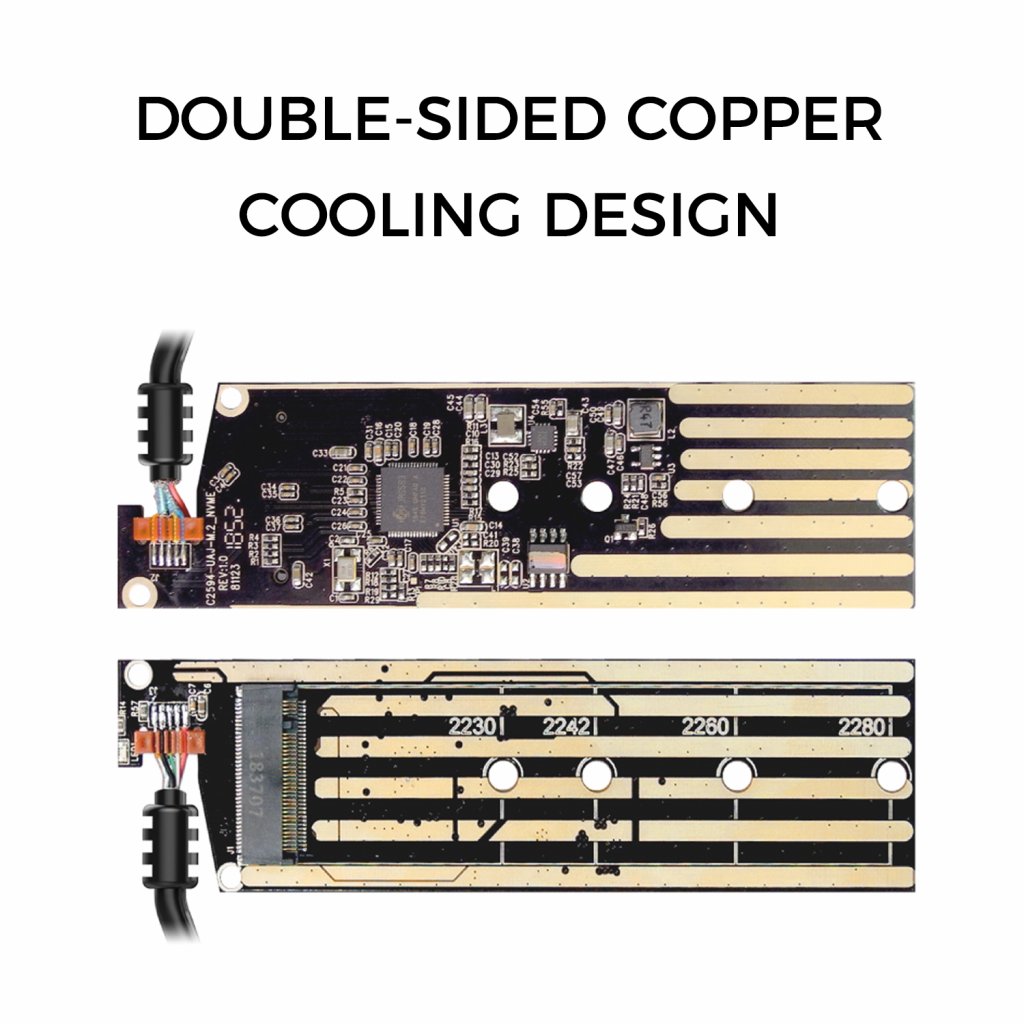 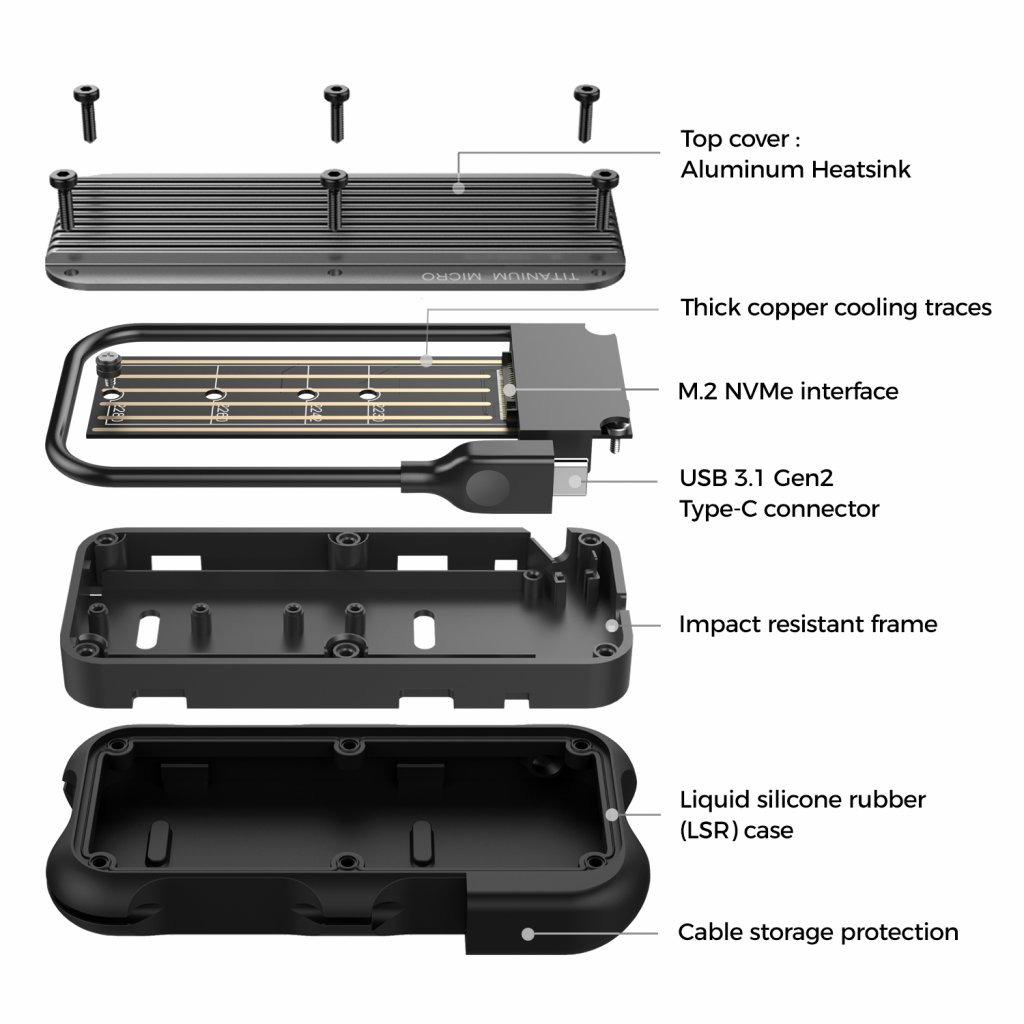 If you’re familiar with NVME SSDs, you’ll know that they can get a bit toasty when running at full tilt. Many of the internal models come with heatsinks or tiny fans to help alleviate potential thermal throttling. But what about one that is not only portable but sealed up tight and built like a tank? The wizards at Titanium Micro have considered that potential issue and added a dual-layer copper cooling design directly on the board that moves heat into a silicone thermal pad and the exterior textured aluminum case that acts like a massive heat spreader. The entire case is acting as a passive cooler, so you can expect reasonable temperatures under load even in the worst conditions.

Even faster than you’d think 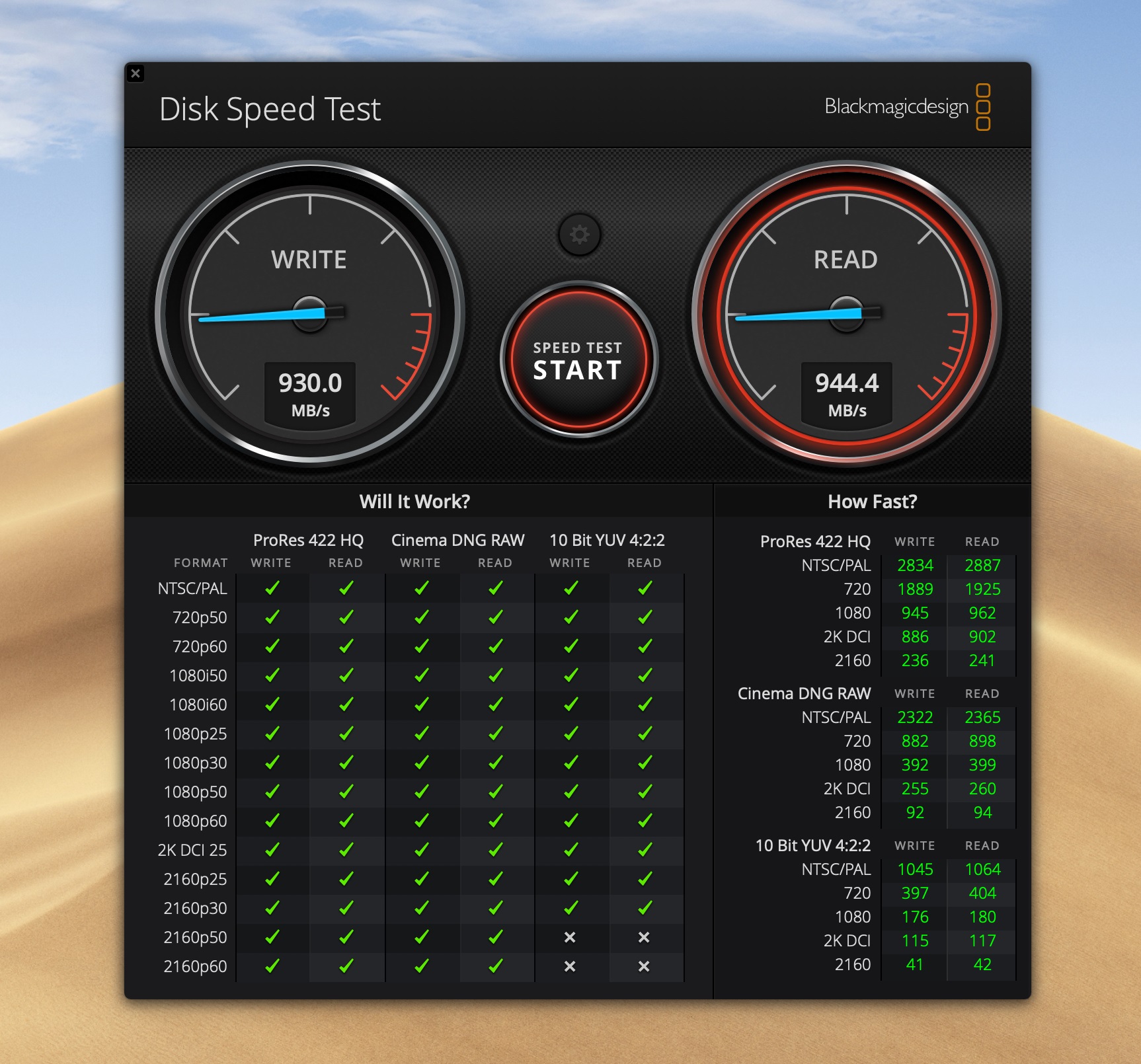 The cutting-edge NVMe technology in the Titanium Micro Mercury, combined with the USB 3.1 Gen 2 interface, eliminates many of the previous bottlenecks that limited the speed of external drives. Your specific mileage will vary depending on your use case and the rest of your system, but the hardware in the Mercury SSD is fully capable of read/write speeds of up to 1000 MB/s.

That means that this is an external drive that can actually handle things like 4K video files, super large photo libraries, and even games, without painful waiting periods when you need to transfer them from your system to your external storage, or vice versa.

The right size for the job

The Titanium Micro Mercury comes in a variety of storage sizes, from 120 GB to 2 TB, with a few choices in between, so you can get the drive you need at a price that makes your wallet happy. Prices start at $69.00 for the 120 GB version and top out at only $359.00 for the 2 TB version, so you can get bulletproof (well, almost) storage for prices that are comparable to other drives that lack the rugged safety features that the Mercury comes with. 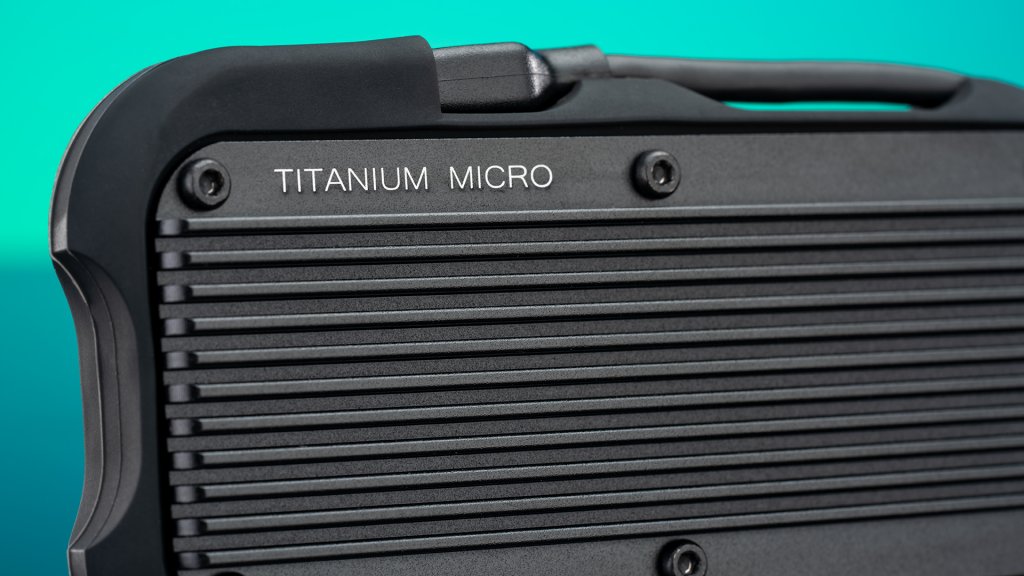 Some readers might look at how tough the Titanium Micro Mercury and wonder why the heck they would need something this rugged and durable to store their data. Beyond the reason that your data deserves the best protection you can afford, I feel like this is an especially amazing product for certain types of people. Outdoor photographers, people who love action sports, and anyone shooting footage in an chaotic environment will be able to safely offload their precious footage at the end of a day of shooting, freeing up their camera’s internal storage, and storing it somewhere that they don’t have to worry it potentially being lost.

Titanium Micro continues to impress with portable SSDs that take durability to the next level without sacrificing speed or functionality. If you’re interested in picking one up for yourself, you can find them here on Newegg. 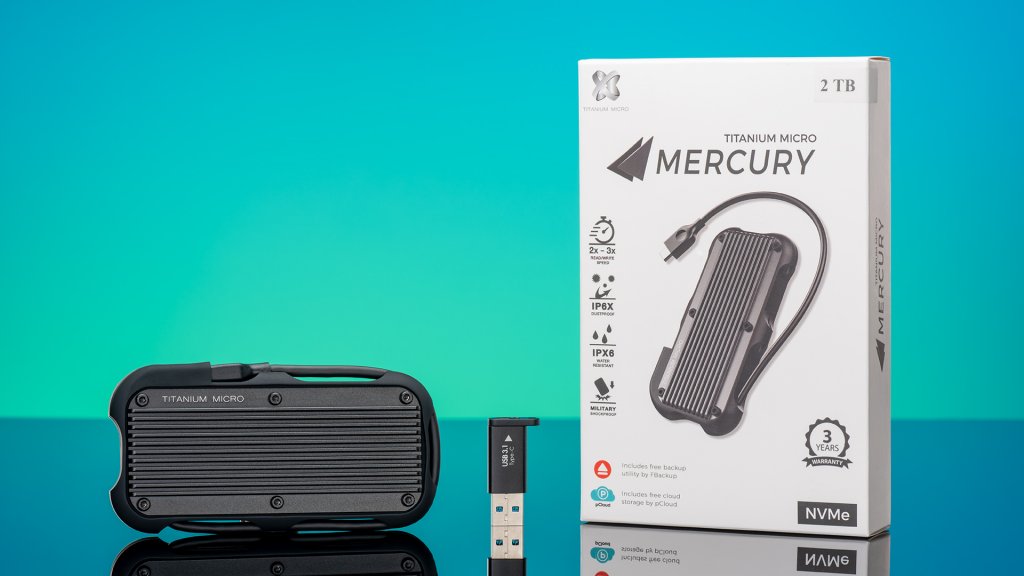 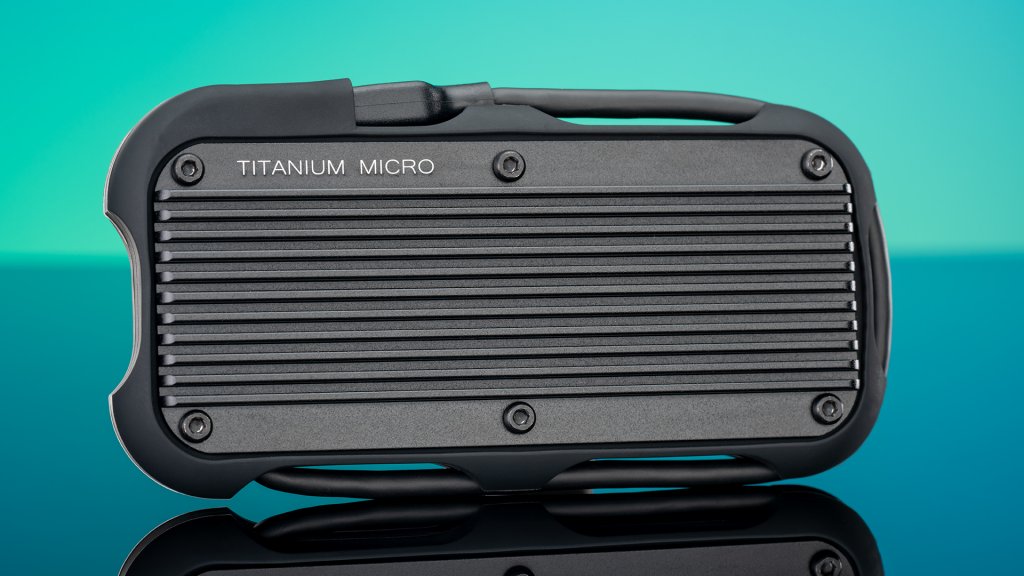 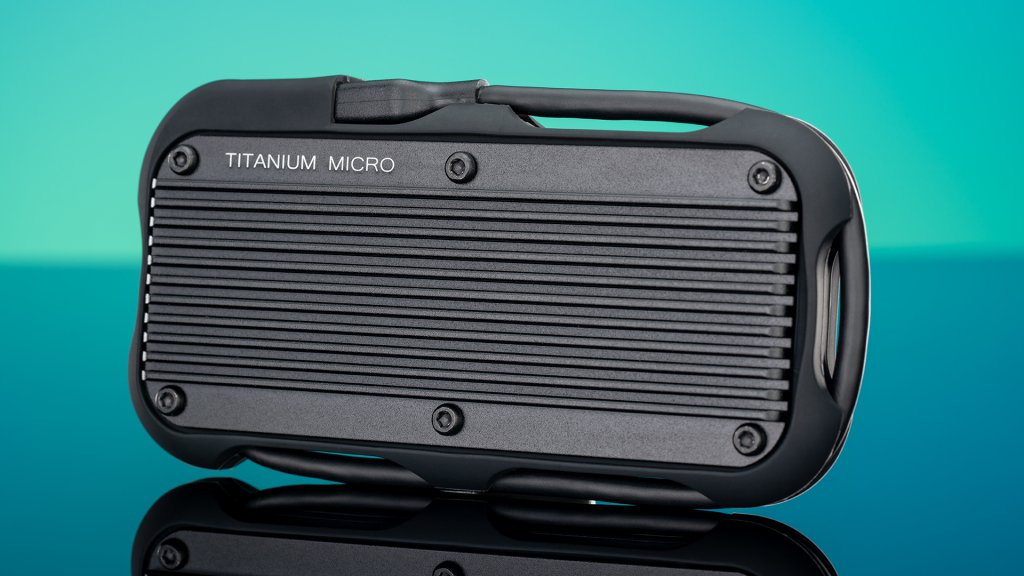 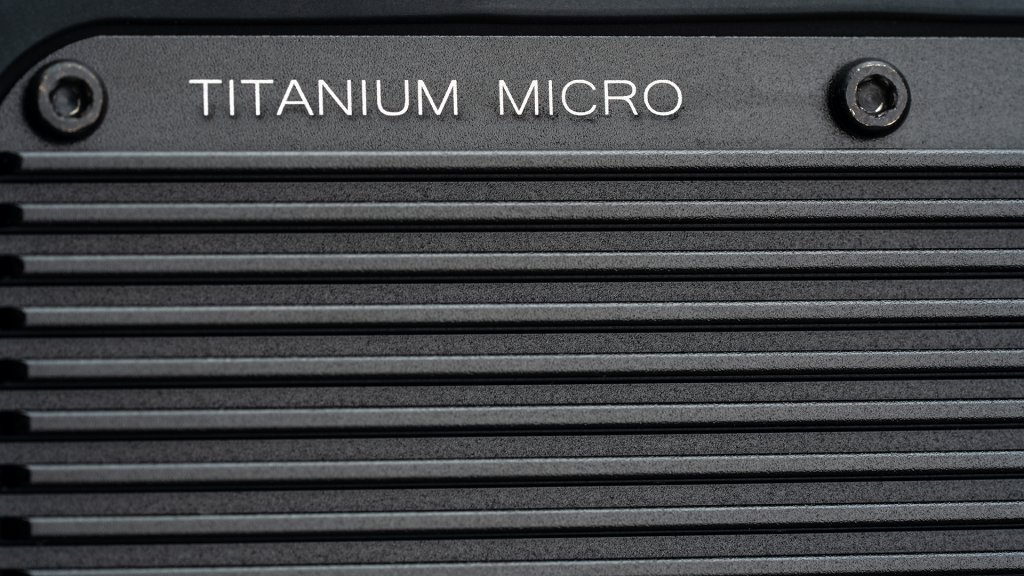 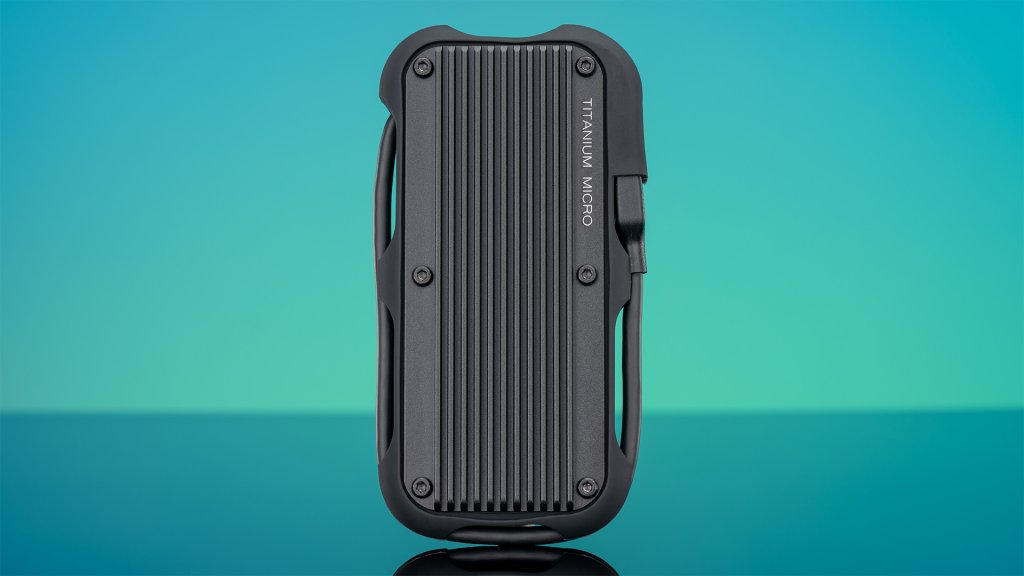 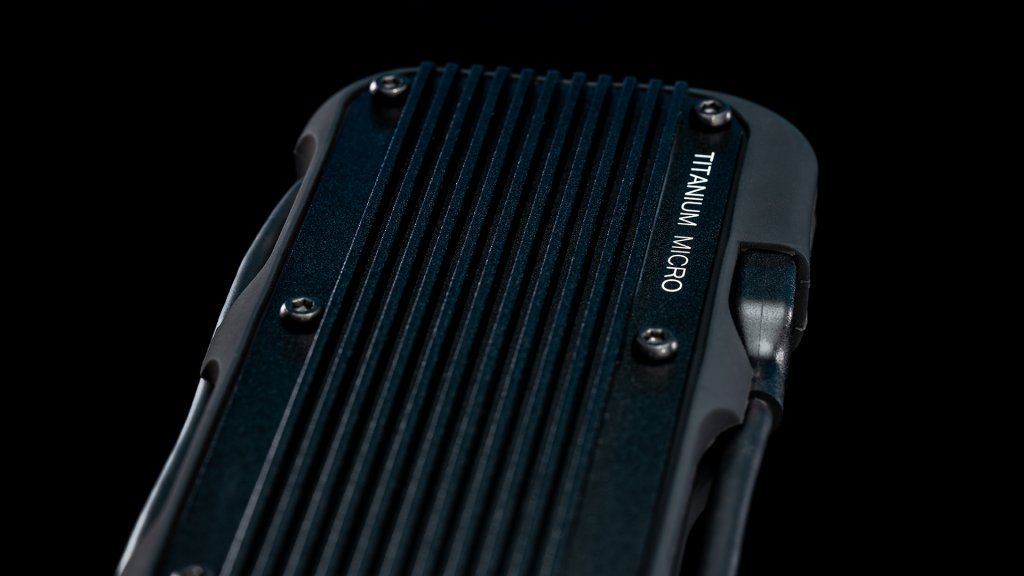 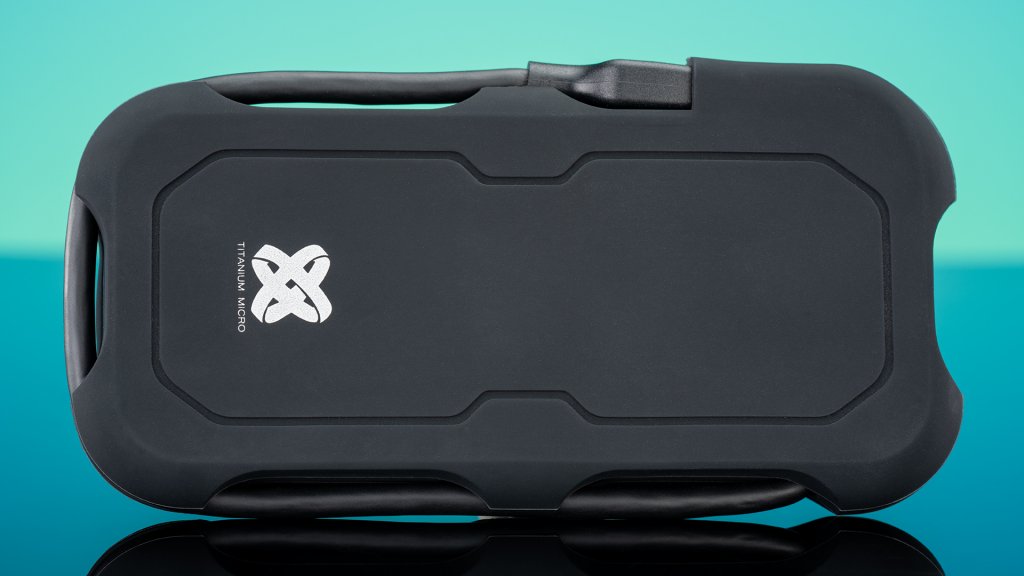 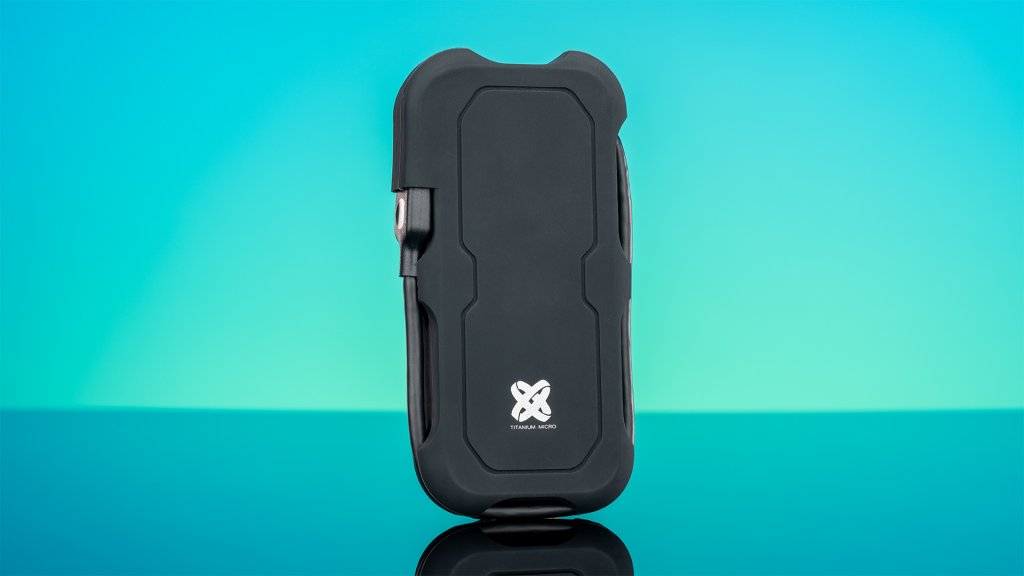 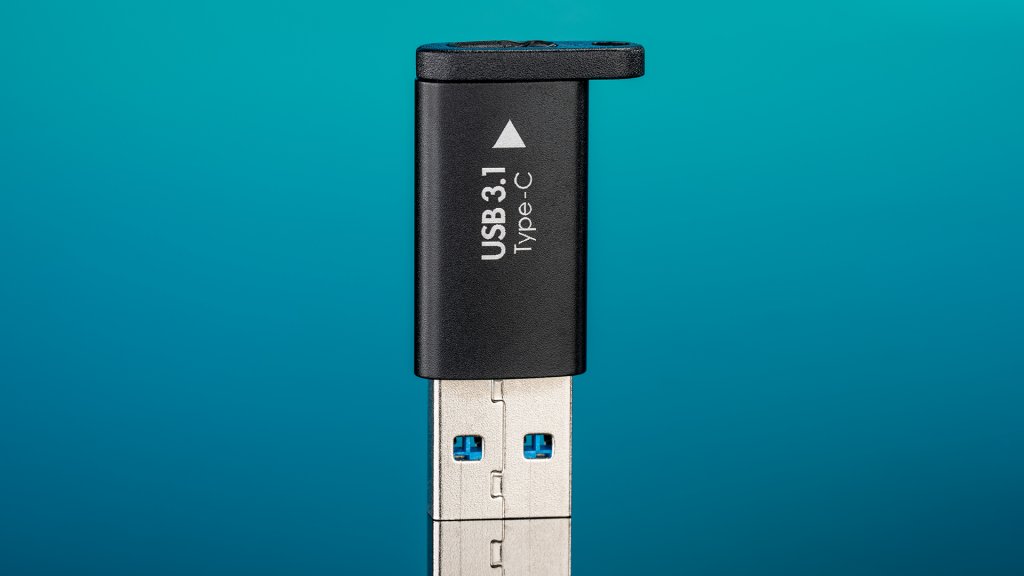 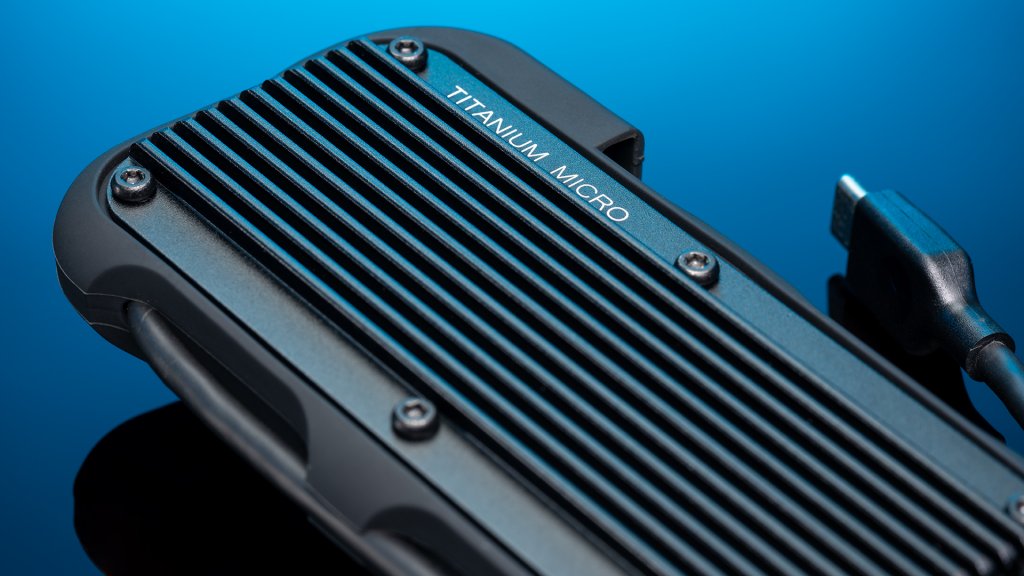 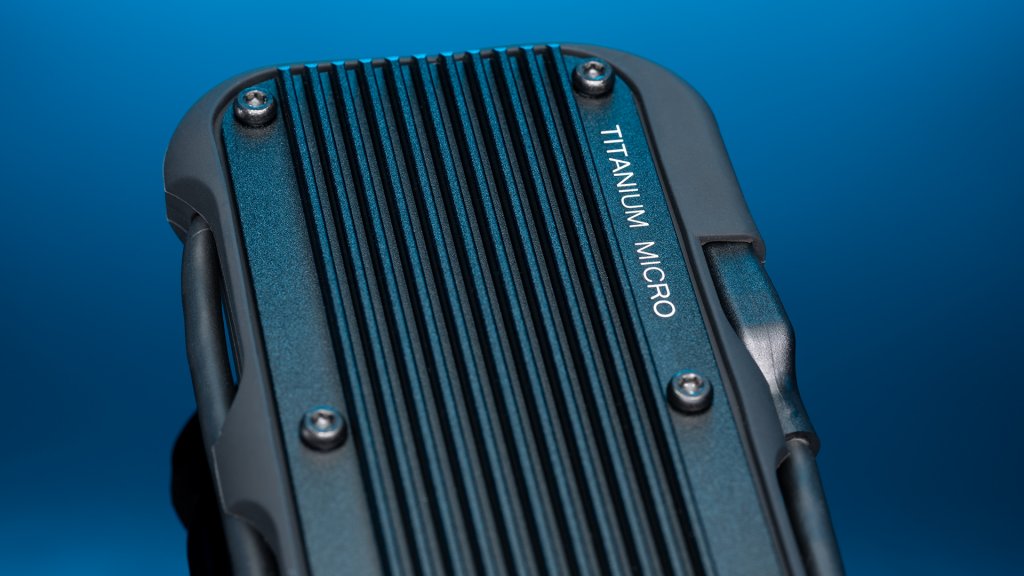